Maudo Jallow: The Progressive Leader We Want and Need, NOW!

Maudo Jallow: The Progressive Leader We Want and Need, NOW!

The Future Is Now…

Step into any development agency around the world and you will find Gambians in various positions from assistants, to associates, managers and executives. In these roles, they’re leading the charge in reshaping the socio-economic status of our African counterparts. In a country, whose macroeconomic framework is characterized by high debt levels  which amount to 87 percent of GDP and interest payments around 26 percent of domestic revenues in 2018; high levels of unemployment and poverty due to the nature of its economic structure defined by a narrow industrial sector that is unable to attract foreign and domestic investors; and a GDP per capita of USD 483; how is it that we aren’t  leveraging the skillsets and working knowledge of these experts.

Countries like Botswana, Nambia and Sierre Leone have created programs and offer incentives to encourage their citizens to return home and partake in much needed reform. As a result of these deliberate efforts, Botswana’s Bogolo Joy Kenewendo, 33 (Minister of Investment, Trade and Industry) is ushering investment into the private sector, Sierre Leone’s David Sengeh, 33 (Minister of Basic and Secondary Education) is revamping the education system and curriculum, and Nambia’s Emma Theofilus, 23 (Deputy Minister, Ministry of Information and Communication Technology) is increasing access to information and cyber security.  Gambia, what are you waiting for!

For one second, imagine Gambia as a progressive and forward thinking country…. now, let’s welcome the young and dynamic development expert Maudo Jallow as the Minister of Trade, Industry, Regional Integration and Employment; the innovation he would drive for everlasting change. Maudo holds a Bachelor’s degree in International Business with French, from the European Business School, London and a Master’s degree in African Development from the London School of Economics and Political Science. He currently works as an associate for the Tony Blair Institute for Global Change (TBI), providing embedded strategic support to the Ministry of Trade and Industry in Ghana, as well as other key economic institutions of the government, including the Presidency. We asked to share his story!

Tell us about yourself. Maudo Jallow is…

At my core, I am a proud Gambian that was born in Bakau to parents that were both civil servants at the time. It is, therefore, no surprise that I first and foremost, define myself as a servant of people in my family, community, nation and continent. Beyond that, I am an international development expert that is passionate about the economic, political and social empowerment of young people in The Gambia and on the African continent.

As someone who has worked with some of the biggest development organizations, if you could change one thing about these organizations and how they approach development within Africa, what would it be?

In my opinion, the main issue with many of the large development organisations is that they are short-termist in their thinking, strategy and approach to development challenges. There is the specific issue of projectisation in development work, which is defined as “the direction of aid to developing countries towards a specific project, without regard to wider issues or needs”. This, at its worst, can have an adverse impact on the same country or community that the organisation is trying to help. At best, it keeps imbalances or disrupts the system that exists without a sustainable and beneficial long term plan for the country or community. I would propose a complete reform of development projects to do away with short term projects, and ensure that all approvals for projects are predicated on the submission of a viable plan to ensure sustainability and buy-in from the recipients of the project.

There is an awakening happening around the world for ownership of our stories and narrative; and development efforts. What effect has this movement had on how you approach your work as founder of New Nation, an organization “mobilizing youth to drive socio-economic development”? 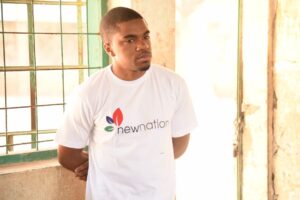 In this respect, I think New Nation was ahead of the curve – we have always been an organisation for us, by us. For youth, by youth and for Gambians, by Gambians. Our role now is to continue to work with stakeholders to ensure that we continue to support young people – young entrepreneurs and policymakers – to keep the momentum going and apply pressure where needed. We also need to be steadfast in our work to promote and uphold a positive image of our country and continent, in a way that is authentic but also intentionally and overwhelmingly optimistic.

To a large extent, our elders have failed us in their refusal to step aside in leadership roles. They seem to think that African Youth (under 40) can not lead, that we need to wait our turn. What is your message to the older generation across the continent?

As I mentioned earlier, I am an avid advocate for the political empowerment of African youth. In fact, for over two years now, I have had the honour of being on the Youth Advisory Board of the African Leadership Institute which focuses on just that. We just launched a report on 12th August that is entitled “Greater Inclusion of African Youth in Public Service and Governance”. My message would echo what is in the report, which is that “Leadership on the continent must strive to become increasingly youth-led. Africa needs a new kind of responsiveness anchored in agility and innovation.” In addition to this, I would also point to the The African Youth Charter of 2006 that has been signed by 43 African countries – it also asserts the need to have young people at the heart of policy formulation, decision-making and leadership on the continent. Young people across the continent continue to prove that despite the challenges they face, they are driving economic growth, leading movements and innovating at an exponential rate – we can no longer be ignored.

Why do you think Gambia’s educated populace strays away from political positions? 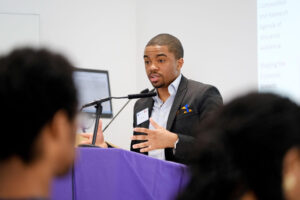 For many of Gambia’s educated populace, as you put it, the political system is unattractive. Many are disillusioned and apathetic, constantly seeing the political class as corrupt, self-serving and even narcissistic. However, as someone who knows many politicians in The Gambia and has had the pleasure of interacting with a number of them, I can say that it is the system that is in need of reform. There are far too many loopholes and misguided policies that incentivise the wrong things. In my opinion, no matter who we have as the leader of the country, issues around nepotism, corruption and mismanagement will persist because the system is flawed. It is for this reason that I think many people stay away from running for political office in The Gambia. Despite all of this, I would still urge patriotic and intelligent Gambians to pursue political positions and work to reform the broken political system we currently have. It can only be changed from the inside and it requires capable people to do so.

Do you have any political aspirations? Perhaps, running for mayor or President in The Gambia? Why or Why not?

The simple answer here is no, I do not have any political aspirations whatsoever. It is not a light decision because I strongly believe in the power of government to impact people’s lives – positively or negatively. I, truly believe that going into politics should be a deliberate decision – one made only if a person truly feels that he/she is qualified and can be effective. I also believe that aspiring to that unbelievably important job – President of the Republic of The Gambia – has to come from a place of sincere altruism and not from a place of greed, narcissism or in pursuit of opulence.

What African country has been your favorite to live in thus far? What makes it special?

Again, simple answer. My favourite is The Gambia because it is home and there is nowhere else in the world that gives me the feeling I get when I am in The Gambia.

The Our Stories, Our Way Fast Three! 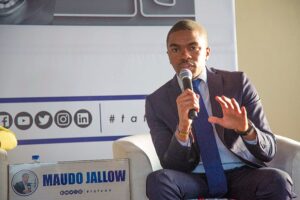 2. If you could have lunch with anyone, who would it be and why?
This is always a tough question because there are so many people I would love to have lunch with. The obvious choice here for me would be Barack Obama, but I will go with Dr. Ngozi Okonjo-Iweala

3. For all our Maudo Fans, are you single, mingling or taken?
Unfortunately, I am single at the moment.